« Big Brother 8 Starts out with a BANG! | Main | Miss New Jersey is being blackmailed! » 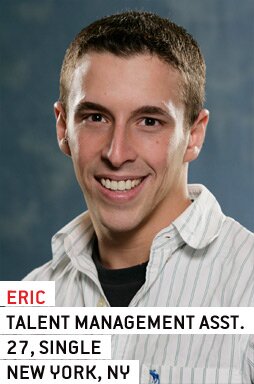 For the first time in reality TV history, fans will be able to control the actions of one player by texting or voting online to determine the next move for "America's Player."  As a gay man, of course, I wanted the hot guy to be the one we were controlling.  I'm referring to Nick as the hot one, even though I'm sure everyone won't agree.

Instead we got the geeky guy who looks like a 12 year old (Eric of course), but I am already starting to like him.  He seems smart enough to carry out whatever we vote for him to do... so I hope they give us some good choices.

Eric seems open to doing whatever he's told, so if you're into the whole S&M thing this might be your dream come true!

At least America's Big Brother Player wasn't the right-winged apparent homophobe, Kail.  She seems a bit cooky, and I think winning Head of Household on the first week was a bad move for her!  The gay guys are going to get on my nerves quickly too though, so I'm glad neither of them are America's Player.

This is definitely going to be an interesting season!

Nick is hot, ur right! The gay guys are already getting on my nerves!

I think Eric is hot! Dustin is okay but Joe is annoying as fuck. A walking hate crime!

i agree, joe needs to be punched. dustin is kinda gagish. eric is a midget. nick is v. fukable.

I can't wait to see how it all plays out. There are a few people that needs to go ALSP!!!!

I can't wait to see how it all plays out. There are a few people that needs to go ALSP!!!!

TrackBack URL for this entry:
http://gaysocialites.blog/cgi-sys/cgiwrap/cwinters/managed-mt/mt-tb.cgi/1577