Enrique Iglesias to appear on 'So You Think You Can Dance' 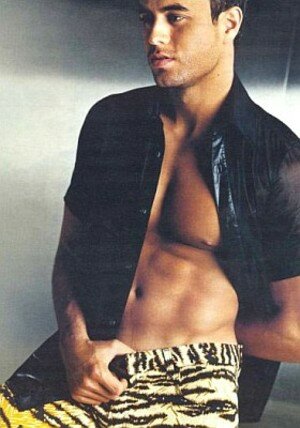 The always gorgeous Enrique Iglesias is scheduled to perform his song "Somebody's Me" on the So You Think You Can Dance live results show Thursday, July 19!

We can't get enough Enrique!

Having sold 40 million albums in little more than a decade, Enrique Iglesias is one of the most successful artists in pop music history. The Madrid-born, Miami-raised singer began writing and recording songs as a teenager, although he did not use his real name until he secured his first recording contract. His self-titled debut album sold more than a million copies in the first three months after its release, and the follow-up, 1997's "Vivir," broke into the U.S. Top 40. Within three years, Iglesias became the biggest-selling Spanish-language singer in the world; he leads all artists with 16 No. 1 Billboard Latin hits.

Iglesias expanded his audience beyond the Latin market in 1999 with "Enrique," his first English-language CD, which was certified double platinum and included the mega-hits "Bailamos," "The Rhythm Divine," "Be With You" and "Could I Have This Kiss Forever." "Enrique" was followed by "Escape," featuring the hits "Hero" and "Escapar"; the Spanish-language album "Quizas"; Iglesias' seventh album, "7"; and the recently released "Insomniac," crafted over a three-year period with stops in Miami, Los Angeles and Sweden.

damn he is hot

he needs to be seen everywhere because his new cd is not selling well.

well his cd sucks because when he sings he sounds like he is constipated.