Lily Allen is an undeserving brat! 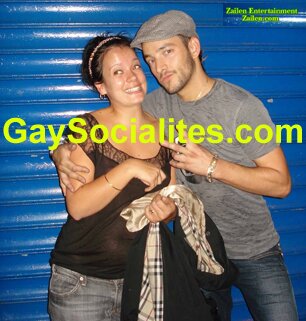 The only reason I said "Lily Allen is an undeserving brat" is because I can't write the word CUNT into a headline.

I almost felt sorry for her after writing that Miz Lily was a super-bitch when we spotted her at HOT MESS at Porky's, but now I believe it was warranted.

Now the little diva wannabe flipped out backstage at the Concert for Diana.  I thought she sounded really good on stage, but Lily Allen definitely didn't deserve to share the stage with the likes of Elton John or even Fergie.

While she sounded okay on stage, she was being a bitch behind the scenes.

Miz Lily refused to go into her dressing room saying it "stunk of shit."  Finally, her band (probably totally embarassed) pulled her and shut her up for a while.

A source backstage said, "Everyone rolled their eyes at her behaviour but at the end of the day she was just missing her boyfriend and wanted a little moan."

Lily loves getting attention doesn't she... even if she does look like a nasty little cunt.

who tha fuck are you to call lily allen a cunt... you fucking dick... can you sing as good as her... as a matter of fact have you any talent other than writing a load of shit on the internet i hate that mothafuckin shit you think your being really clever writing shit bout ppl on tha internet bet you wudnt hav tha balls to say any of the shit you write to ppls faces... no you wudnt,,, fuck off and learn a new trick cuz i can safely say ppl are getting sick of all these internet "journalists" with no fucking talent.

Dude, I feel sorry for you. I don't think Lily is the one seeking attention --you are! Also, if you want to continue with your amazing writing career, you should probably learn how to spell correctly. For starters, it's "embarrassed" - not "embarassed". Good luck! Really, I mean that - cause you need it.

I agree with Rupert, you're pretty pathetic. The only reason I read your article(?) was because it's about Lily Allen. It kind of looks like you're just using her fame to get by. I guess everyone needs to scrape out a living, though. All the best with that.

talk about a wannabe? He is def a wannabe lol

Is this story as reliable as when you wrote "that Miz Lily was a super-bitch when we spotted her at HOT MESS at Porky's" if you read her blog you'll find the truth although i must congratulate you hiding behind a computer to slag someone off, your mother must be so proud.

I just spent time reading this back and forth between Lily Allen and yourself. I think you are right. Jus becuz she blogs that she wasn't going diva doesn't mean she wuzn't. I also found tons of other articles about how big of a cunt Lily is. Everyone can't be wrong. I am sorry every1 is comin' down on u so hard. U don't deserve it.

LILY ALLEN IS A TALENTLESS HACK...

i'd rather pin my eyes than listen to one of her tracks...

Famous because of your daddy, are ya? That is what sad. And all you fools defending her... HA, so deluded. It's beyond comprehension why the fuck anyone would give a shit about Shitty Allen...

(And "Sarah" AKA Lily Allen, so happy you have the time to spend on the internet defending yourself under a different alias... Shouldn't you be making up for those shows you canceled for being 'sick'???? nah, i guess not... like i said, talentless hack... Get some class and lose some of that fat ass, Pathetic Teletubby)

Hahaha I totally agree with ya there! Lily is a brat. ^^ She doesn't set a good example for kids. I am 13 and I hate her.

Who wrote this crappy story? Does anyone actually respect this guy as a writer or person or socialite or whatever he is?

I looked him up on google, he put himself on Wikipedia but he hasn't really achieved anything.

Does somebody actually pay you money to produce this load of verbal shit? Honestly, get a dependable career where you don't spend your time pointing out people's flaws. This so called "article's" plot is a massive game of chinese whispers and i feel sorry for you for taking the time out to, yet again, reproduce it.

Oh lord, I'd like to point out I'm sad for 1) reaching the end of this article and 2) posting a comment. However sad loser that I am I did read it and I shall post a comment.

How about getting a real job where people will benefit from whatever it is you're good at? Writing is obviously not your strong point. But I'll not attack your mundane musings; I wouldn't want to shatter any illusions of future journalistic grandeur.

I canât really credit people with sense visiting your site of their own volition; I can only assume any major hits your site receives are due to your commentary on Lily Allen linked from other pages (hint: how I reached your online gossip rag). Quite frankly I don't know anyone who would put up with a revolting smell, I certainly wouldn't and I doubt you would either. So if she threw a tantrum because of her dressing room smelling of excrement who are you to cast stones?

If you really couldn't control your urge to bitch about Lily I'm sure you could have found a term more appropriate than cunt, a tantrum certainly doesn't credit your appellation of the term to Lily.

What's more, what do you mean by stating she looks "like a nasty little cunt?" She looks beautiful and it's worthless gits like you who claim otherwise. Put your handbag down, weâre not interested.