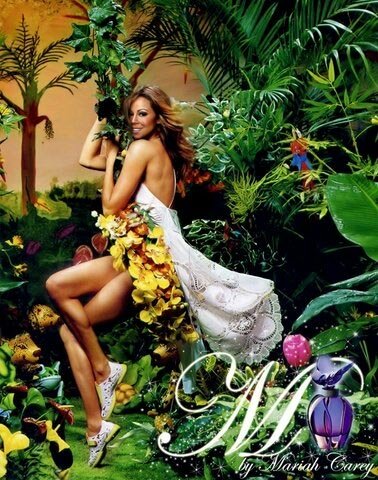 Mariah Carey's peeps and the folks at Elizabeth Arden want you to know that this pictures is a fake!  The "fan created" photo is definitely photoshopped, and Mariah wants everyone to know that even she wouldn't go that far.

While her new scent may be a hit, the fake ad is not!

Reps from Elizabeth Arden released this statement to TMZ who evidently gets the exclusive on her real ad:

"An image of Mariah Carey with her fragrance bottle photoshopped in the corner is being featured on several blogs today, and is categorically not the advertisement for her new fragrance, nor is it even remotely close. The real ad for M by Mariah Carey will debut exclusively on TMZ during the second week of August."

Everyone knows I LOVE Mariah, but c'mon the flats should have given it away.  Mariah doesn't wear sneakers!!!

You must admit, the fake ad is hot though lol. Cant wait for the perfume!!

The lack of beauty gave it away

The lack of beauty gave it away

Hello! Good Site! Thanks you! athlzwjhnbzfbi