« Lindsay Lohan gets off easy with one day in jail | Main | Justin Timberlake has a new job! »

Amy Winehouse and hubby get in knock-down-drag-out fight! 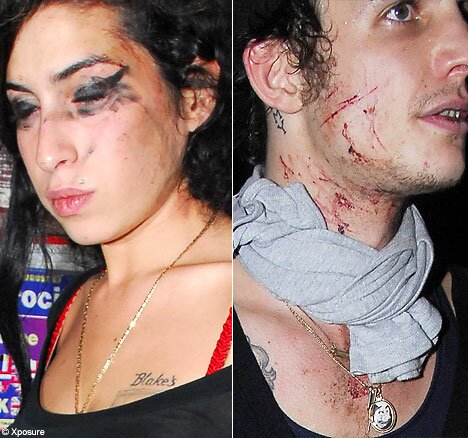 British singer Amy Winehouse and her husband Blake Fielder-Civil have not only checked themselves out of rehab, but they're fighting like cats and dogs.

Winehouse and Fielder-Civil were spotted in the hotel where they have been hiding out since escaping from rehab.

Evidently guests spotted Amy running away from Blake at 4:30am.  Both of them were bruised and cut up.  Other guests also reported to the hotel's concierge that they heard loud arguing and furniture banging around.

You have to go and see the pictures!

Those Brits sure know how to fight!!

If drugs will not kill her she can leave it to her hubby...he will surely do it!

TrackBack URL for this entry:
http://gaysocialites.blog/cgi-sys/cgiwrap/cwinters/managed-mt/mt-tb.cgi/2056