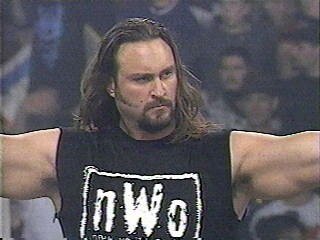 An unfortunate string of deaths continue to plague World Wrestling Entertainment.  Another professional wrestler, Brian "Crush" Adams died on Monday after he was found unconscious in his home.  He was 44 years old.

Adams body showed no visible signs of injury and foul play was not suspected, according to Tampa police spokeswoman Janelle McGregor. Authorities were awaiting autopsy results before continuing with their investigation.

Adams last wrestled with the WWE when it was still the World Wrestling Federation in 2001.

Adams’ death comes less than two months after fellow wrestler Chris Benoit killed his wife Nancy "Woman" Benoit (also affiliated with the WWE) and young son before hanging himself in their Georgia home.  After authorities found steroids in their home, everyone pretty much chalked this one up to roid rage.

Another wrestler, Scary Sherri Martel, was also found dead in her home just before the Benoit tragedy.

Hello! Good Site! Thanks you! ijbbeugrwmbmlo

TrackBack URL for this entry:
http://gaysocialites.blog/cgi-sys/cgiwrap/cwinters/managed-mt/mt-tb.cgi/1951