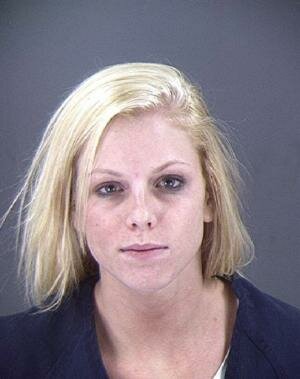 Another 'Barbie' related incident for today...

The Barbie Bandit has pleaded guilty to felony theft and misdemeanor marijuana possession saying she wanted to take responsibility for her actions.  She did not have a deal with prosecutors.

"I regret what I did. I wish I could take it back every day," Heather Johnston, 19, told the judge.

Surveillance video showed Johnston and Ashley Miller wearing sunglasses and laughing as they appeared to steal nearly $11,000 from a Bank of America branch in Acworth, Ga. on February 27.

Authorities later said the bank teller was in on the plot.

Cops say Miller and Johnston went on a shopping spree afterward and even gave money to the homeless. They were caught two days later.

Charges against Miller, the bank teller and another man are still pending

bitch doesn't look like a barbie without all that makeup

TrackBack URL for this entry:
http://gaysocialites.blog/cgi-sys/cgiwrap/cwinters/managed-mt/mt-tb.cgi/2039