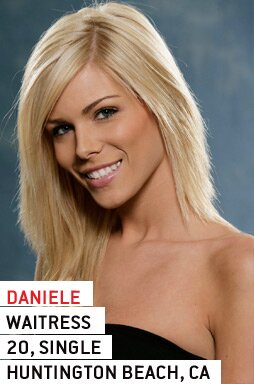 The Power of Veto ceremony took place on Monday in the Big Brother House.  With Jen and Kail on the block for the third time in a row, and all of the drama going on in the house... it's untelling who will go home!

Keep reading to find out if the winner of the PoV used it, and if so who are the new nominees.

Here are some quick house stats, before the Power of Veto ceremony:

Going into the nomination ceremony it was pretty much expected that Jen would use the PoV to save herself.

Daniele, who is being brain washed by her own father Dick, was tossing around the idea of nominating America's Player Eric because Dick believes he is a liar.  Everyone seems a bit wary about why Eric is playing the game so erraticly.  What they don't know is that Eric's game is being controlled by polls voted on by viewers.

Eric and his allies really tried to convince both Dick and Daniele that Zach should go up on the chopping block to save their chances of not pissing off all of Eric's friends.  Eric even confronted Dick following their big blow up (which aired on Sunday's show) to try and smooth things out.

While they don't leave the feeds on during the veto ceremony, we do know that Jen used the PoV to save herself and Eric was nominated as her replacement.

TrackBack URL for this entry:
http://gaysocialites.blog/magazine-mt/mt-tb.fcgi/1880