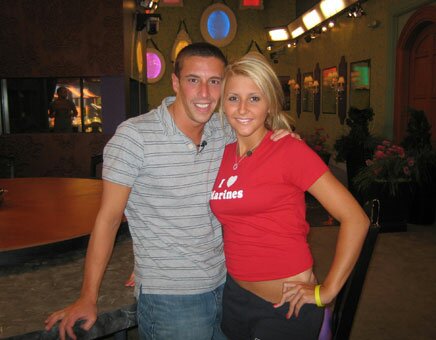 Jessica is in the midst of her second rein as Head of Household on Big Brother 8.  America gets to pick who Eric should target for nomination.

Did Eric complete his 16th task?

Who did Jessica nominate?

It's all in today's Big Brother 8 Spoiler!

Daniele and Dick kept their commitment to Eric and Jessica by not nominating them last week, and this week I was sure Jessica would stay on track by keeping her alliance with the Donatos.

And she has!  Jessica, Eric, Daniele and Dick are the strongest alliance in the house as they continue to knock off their fellow houseguests.  Keeping Jameka safe for now, Jessica has nominated Amber and Zach for eviction.

That means Eric completed his 16th task as the American viewers voted for him to target Amber for eviction.

TrackBack URL for this entry:
http://gaysocialites.blog/magazine-mt/mt-tb.fcgi/2068