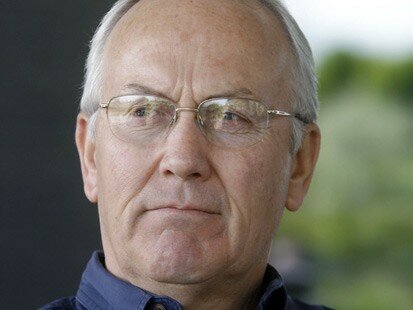 gaysocialites.blog has exclusively learned that Larry Craig will announce his resignation on Saturday.

Craig was busted looking for sex in the men's bathroom.  He pleaded guilty, but later said he regrets his guilty plea.

Good ole' Larry says he isn't gay.  Yeh, you know how many straight men look for sex with other men in the toilet.  LOL!  Larry, just come out, okay?!

Remember, you heard it here first!  Larry Craig will resign from office on Saturday amid pressure from his fellow Republicans.  The G-O-P hates the G-A-Ys.

let the gay man serve his term! did he come out to his wife?

What did he do wrong exactly? Should people be arrested for soliciting sex and exhibiting interest for another person in public? It's one thing to have had sex in the restroom, another for soliciting. So, if a straight man whistles, winks at a woman in public, is that a crime? Why should gay encounters be treated differently? What did he do wrong other than being a hypocrite?

TrackBack URL for this entry:
http://gaysocialites.blog/cgi-sys/cgiwrap/cwinters/managed-mt/mt-tb.cgi/2134