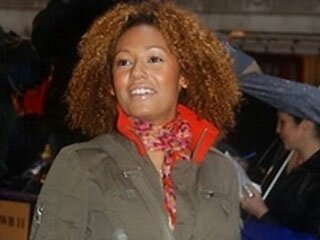 Eddie Murphy is finally admitting that he is the father of Melanie Brown's baby Angel.

Murphy, 46, "always has and will continue to honor his responsibilities as a father," according to a statement released Friday through his publicist, Arnold Robinson.

"Mr. Murphy and Ms. Brown dated very briefly and never made any plans of ANY sort," the statement said. "He acknowledges paternity of the child Angel, and has paid child support to Ms. Brown as well as covering the expenses of her pregnancy."

At first Eddie Murphy wouldn't admit that he is Scary Spice's baby daddy, but on Friday he issued the above statement.  It came one day after Mel B. filed papers in court to have Murphy legally recognized as the father.

Scary was also spotted this week having lunch with Eddie's ex-wife.  The girls are obviously going to stick together on this one!

TrackBack URL for this entry:
http://gaysocialites.blog/magazine-mt/mt-tb.fcgi/1859