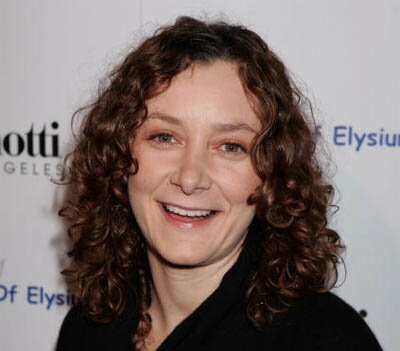 After reporting that Sara Gilbert (Darlene from Roseanne) had given birth to a baby girl, I have been flooded with questions about Gilbert's sexual orientation.

In the post announcing the birth of Gilbert's new baby girl, Sawyer, I mentioned that Sara and her girlfriend Allison Adler have another child and have been together since 2002.

Everyone from adoring fans to homophobes have written asking "Is Sara Gilbert openly gay? And if so, since when?"

According to her Wikipedia page:

According to IMDB, "She and her partner, Allison Adler, welcomed their second child together, a girl named Sawyer, on 2 August 2007, after Gilbert gave birth in Los Angeles via a sperm donor."

Adler is a writer and producer with credits as the executive producer on ABC's Commander-in-Chief and producer credits on the The Family Guy.

So I hope this answers all your questions about Sara, and I hope I didn't shock to many right-wing conservative fans by revealing something the rest of the world has known for years -- Sara Gilbert is a lesbian.  (big shocker, I know!)

TrackBack URL for this entry:
http://gaysocialites.blog/cgi-sys/cgiwrap/cwinters/managed-mt/mt-tb.cgi/1931