« Did anyone watch 'Celebrity Rap Superstar' on MTV? | Main | Big Brother 8 SPOILER: The HoH Endurance is over! Here is the HoH! »

Here are the photos of Britney "no pants" Spears 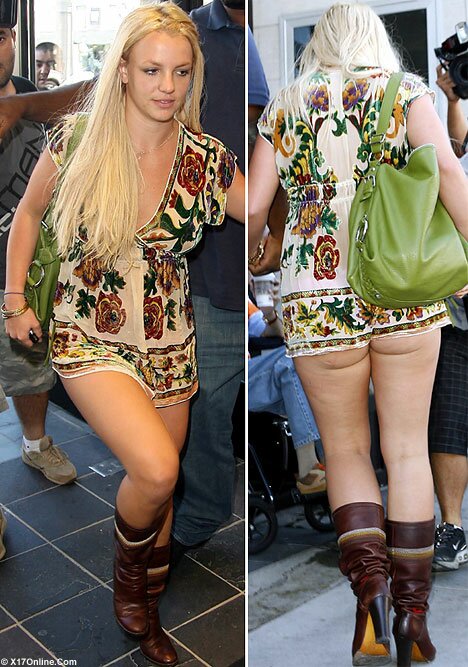 Britney Spears needs to lay off the loaded lollipops!  As rumors fly that her new album may be on the radio as soon as next week, the former pop singer is evidently doing everything she can to get some free publicity.

It's working!  Britney was spotted by some paparazzi running around town without her pants on!  As you can see in these pictures, Spears was wearing nothing but a top and boots.  Can you say whore?

This is a lady who wants the world to think she is a fit mother.  Britney is sadly mistaken if she thinks the world is instantly going to love her again despite her erratic behavior.

I wish this woman would firm it up a bunch... it would look nice then.. and since she hangs it out all the time...

Can you imagine looking at yourself in the mirror in the morning and saying, "This shirt is almost too short, but I bet I can get away with it, it'll look super cute with boots." I can't envision anyone being that stupid.

TrackBack URL for this entry:
http://gaysocialites.blog/cgi-sys/cgiwrap/cwinters/managed-mt/mt-tb.cgi/2127