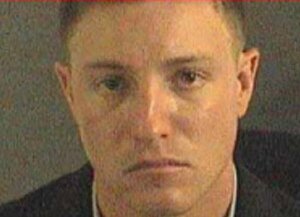 In a shocking move, a judge has ordered "Prison Break" star Lane Garrison to undergo a 90-day psychiatric evaluation behind bars before he is sentenced for a DUI that killed a teenage boy.

Garrison took the high road and pleaded guilty to charges of vehicular manslaughter without gross negligence, driving under the influence and providing alcohol to a minor.

During a Thursday hearing, Judge Elden S. Fox ruled he needed to see the results of a "diagnostic" test on Garrison before deciding his sentence.

He was booked Thursday, this photo was listed as his official booking photo.  He is expected to spend Thursday night in Men's Central Jail.

TrackBack URL for this entry:
http://gaysocialites.blog/cgi-sys/cgiwrap/cwinters/managed-mt/mt-tb.cgi/1844