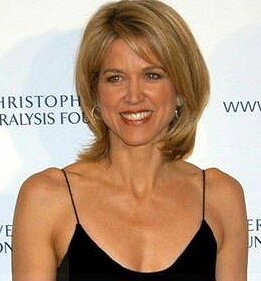 As we first told you on July 24th, Paula Zahn resigned from her position as host of "Paula Zahn Now" on CNN one day after the all news network hired Campbell Brown from underneath NBC.

Wednesday was Zahn's last day on the air.  Campbell Brown is expected to start in a new show in the 8pm timeslot within a few months.  This week conservative radio host Laura Ingraham will fill-in.

Zahn's rating were evidently slipping in the 7pm timeslot, and CNN had considered moving her show to a different time to make way for Brown.  Instead Paula quit.

Zahn joined CNN on September 11, 2001 and anchored the network's coverage of the terrorist attacks of Sept. 11, among many other things.

Don't expect to see Paula back on the air any time soon.  Zahn recently said in an interview that she would be taking some time off.

TrackBack URL for this entry:
http://gaysocialites.blog/cgi-sys/cgiwrap/cwinters/managed-mt/mt-tb.cgi/1845