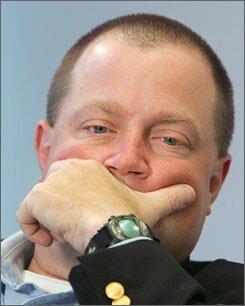 Remember Richard Jewell?  He is the guy who was falsely accused of bombing the Olympic park during the 1996 Summer Games.  Jewell was found dead Wednesday in his home in Meriwether County. He was 44.

Jewell's wife discovered him dead in their Woodbury home at about 10:30 a.m., and he was pronounced dead about 45 minutes later.

Cops don't suspect any foul play.  He was evidently diagnosed with diabetes in February and had to have a few toes amputated.

TrackBack URL for this entry:
http://gaysocialites.blog/cgi-sys/cgiwrap/cwinters/managed-mt/mt-tb.cgi/2114