The Spice Girls vs. Britney Spears: The battle for Fashion Rocks 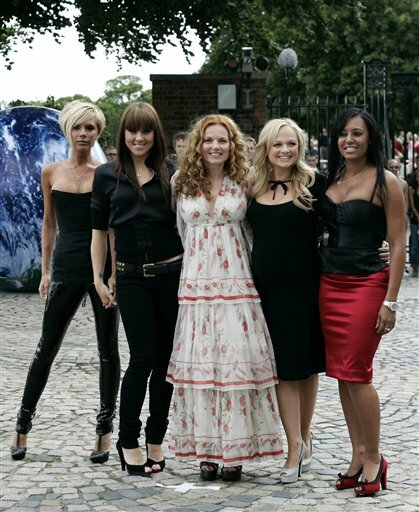 The Spice Girls are ready for their comeback, and the newly reunited girl band has Fashion Rocks on their minds as the perfect place to kick-off their return.

The problem is that the organizers of the Fashion Rocks concert at London's Royal Albert Hall, one of the biggest events in the music and fashion industry, would evidently rather see Britney Spears open the concert.

They have asked the ‘Toxic’ singer to perform, but Britney's record label still hasn't decided saying they are worried her songs may not be strong enough to kick-off the fashion and music fest.

Spice Girls' manager with Simon Fuller is doing his best to get the Girls on the line-up which already includes Kasabian, Alicia Keys and Beth Ditto.

TrackBack URL for this entry:
http://gaysocialites.blog/cgi-sys/cgiwrap/cwinters/managed-mt/mt-tb.cgi/1932