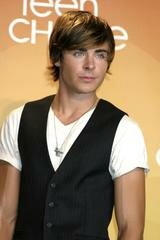 Zac told reporters that "he wasn't happy," and that's why he didn't have his signature big white smile.  This has fueled the fire among teeny bopper bloggers who say he and his girlfriend Vanessa Hudgens have called it quits.

TrackBack URL for this entry:
http://gaysocialites.blog/magazine-mt/mt-tb.fcgi/2096