« Exciting news coming Friday that might involve you! | Main | Hats off to Jenny McCarthy » 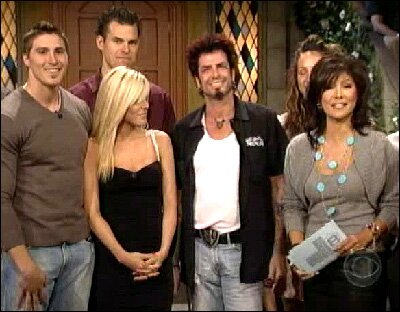 Tonight CBS said good-bye to Big Brother 8 crowning Dick Donato winner by a 5 to 2 vote over his daughter Danielle.

During the live one hour show, the Big Brother house guests learned that America had their own player in Eric Stein.  It was the best part of the show as it crushed some of the big egos in the jury house and humbled the final two contestants, Dick and Daniele, to a level that I can actually tolerate.

Jameka and Jen were the only two house guests who voted for Daniele.  As America's Player, Eric was required to vote for Dick, but he said he agreed with that decision.  Dustin, Amber, Zach and Jessica also gave their vote to Dick.

The first five house guests also returned to watch the winner get crowned.  Mike and Nick both looked fine again after returning home for pampering and facials, I'm sure.  Homophobic Kail was back, along with Dustin's ex-boyfriend Joe and the first evictee Carole.  They, thankfully, did not get much face time.

I hope to see that Jessica and Eric will stick together, and I hope Dick doesn't give Daniele any of that money.

I also hope that all of you who stumbled across gaysocialites.blog for our Big Brother coverage will check back for daily gossip updates as well.

TrackBack URL for this entry:
http://gaysocialites.blog/magazine-mt/mt-tb.fcgi/2312