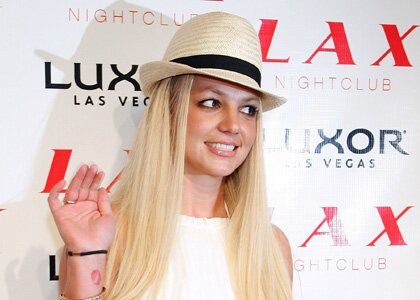 Britney Spears and Criss Angel were spotted together again early Saturday morning after Britney made her emcee debut hosting the grand opening of club LAX in Las Vegas.

Some GaySocialites tell us they spotted the duo who denies they are a couple at club Noir partying until the wee hours of the morning while others say they spotted Brit and Criss grabbing burgers at a local McDonald's.  They tell us Britney was downing champagne and mimos.  Ya'll want brunch?

"Criss wrapped his arms around Britney and whispered into her ear," 24/Sizzler reports.

It will take a magician to save Britney Spears.  A relationship with Criss Angel might be the best thing for this fallen pop tart.

TrackBack URL for this entry:
http://gaysocialites.blog/cgi-sys/cgiwrap/cwinters/managed-mt/mt-tb.cgi/2148