Britney Spears doesn't even have a driver's license!!! 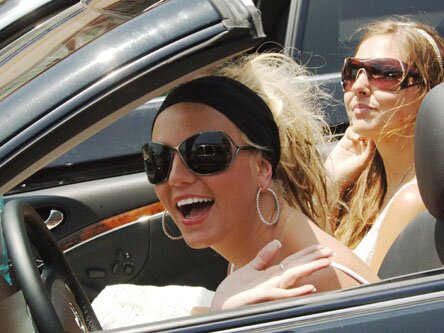 Things have gone from bad to worse to horrible for Britney Spears.  She's been driving without a valid license, y'all.

Britney was charged on Friday with a hit and run stemming from an August fender bender when Spears hit a parked car and left the scene.  You'll remember it was all caught on film by X-17 Online.

The kicker is that Britney doesn't even have a California driver's license!  No joke!

"According to the DMV, Ms. Spears was never issued a California license – ever," City Attorney's spokesman Frank Mateljan tells PEOPLE.

The state of California requires new residents to transfer their driver's license within their first 10 days of residency, but we all know that Britney Spears doesn't care about the law!

Britney's arraignment is set for Oct. 10 in a Van Nuys, Calif., court. If convicted on both misdemeanor charges, she faces up to a year in jail, Mateljan says.

They should probably just lock her up for everyone's safety!!

So now, I wonder, what happened to that 'pro-life' statute that somebody made, of Spears posing ass-up over a bear rug...?

TrackBack URL for this entry:
http://gaysocialites.blog/cgi-sys/cgiwrap/cwinters/managed-mt/mt-tb.cgi/2352