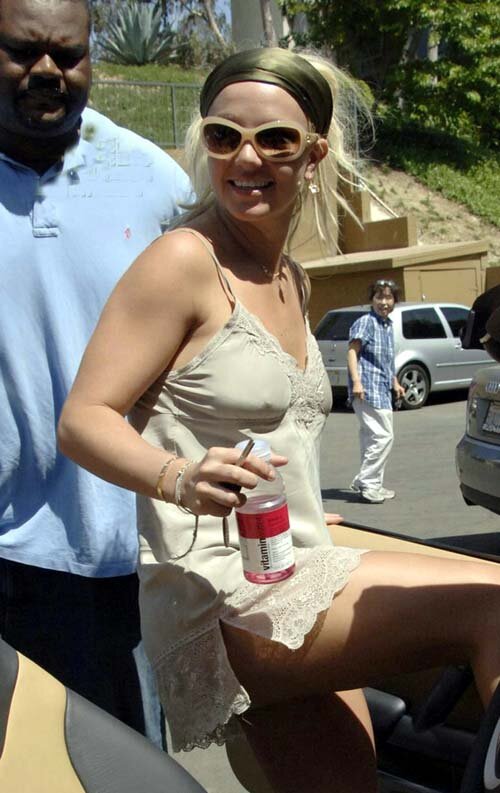 Britney Spears is probably shitting bricks today.  It's her big day in court where a "secret witness" will take the stands to testify against the fallen pop star. The trouble doesn't even start there though!  Britney's attorney is expected to file papers saying she is quitting the case.  TMZ is reporting that Laura Wasser is hanging it up after successfully scoring 50/50 joint custody for Britney and her ex-husband Kevin Federline.  Maybe Wasser realizes she can't pull it off this time?  She will evidently be replaced by another high profile attorney Marci Levine.

Now, on to that secret witness.... We have all wondered who it could be that would testify against Britney in K-Fed's favor... maybe half the world?!  Closer to Britney's circle... who could it be?  Could it be her father? her brother? her drug dealer?  According to TMZ, it's this man... 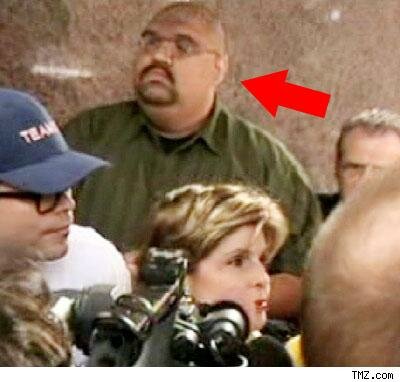 We aren't sure he who is, but TMZ suggests that he might be a bodyguard.  I'm still not ruling out that he's the drug dealer.

K-Fed wants 70/30 custody I've heard, and if this "secret witness" packs some power behind his punch... this could be a bad day for Britney Spears.

I kinda feel sorry for her.

What is she wearing in that first pic? A slip? She really is certifiable.

TrackBack URL for this entry:
http://gaysocialites.blog/cgi-sys/cgiwrap/cwinters/managed-mt/mt-tb.cgi/2294