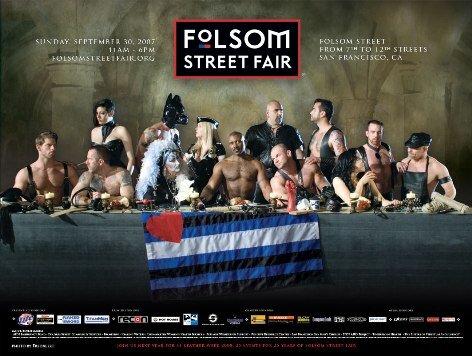 You can very rarely say that I side with the Christian right-wing, but I am pretty close to aligning with the conservatives on the controversial Folsom Street Fair ads where a bunch of drag queens and leather daddies are re-enacting the Last Supper with fetish and sex toys.

The gay community often feels alienated from the "main stream," and I believe producing advertisements like this one above only perpetuates stereotypes.

I hope those who are offended by this poor replication of Jesus' last meal understand that it is NOT representative of the entire gay community.

TrackBack URL for this entry:
http://gaysocialites.blog/magazine-mt/mt-tb.fcgi/2401