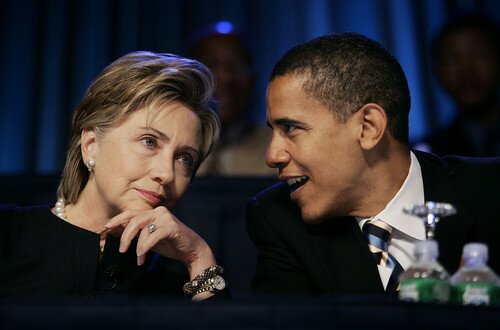 Democratic Presidential hopeful Barack Obama says he wants the US troops pulled out of Iraq immediately.  Hillary Clinton is asking for the troops to come home soon as well.

“Let me be clear: There is no military solution in Iraq and there never was,” Obama's speech in Iowa read.

“The best way to protect our security and to pressure Iraq’s leaders to resolve their civil war is to immediately begin to remove our combat troops. Not in six months or one year — now,” the Illinois senator said.

Obama’s speech came a day before President Bush is expected to address the nation to announce a reduce in the U.S. troop presence in Iraq by as many as 30,000 by next summer.

Hillary Clinton, the Democratic front runner, is also pushing for a faster withdrawal of troops than Bush is suggesting.  Hill-dog sent Bush a letter Wednesday urging a quicker return for U.S. troops.

TrackBack URL for this entry:
http://gaysocialites.blog/cgi-sys/cgiwrap/cwinters/managed-mt/mt-tb.cgi/2246