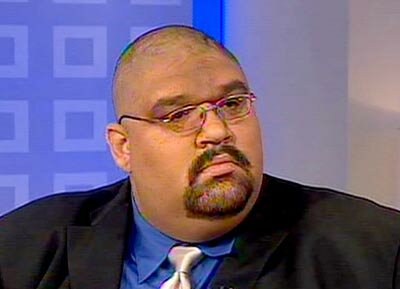 It's pretty obvious that Britney Spears' tell-all body guard Tony Barretto is big and fat, but could be a liar too?

Tony says he was worried about Britney's kids, so he decided to testify against her in the custody trial over the two Spears-Federline boys.

An unidentified source close to the situation is now revealing a different side of Tony.

The “source” told photo agency x17 that Tony was fired for being “lazy, inefficient, and slow.” He evidently also contacted Spears several times after being released from duties begging for his job back.

You would think he would be bound by a confidentiality clause, but evidently Tony gave the Spears camps problems with signing an agreement.

Could it be that Tony was just milking Britney to see what he can get out of this situation?

TrackBack URL for this entry:
http://gaysocialites.blog/cgi-sys/cgiwrap/cwinters/managed-mt/mt-tb.cgi/2374