« Is Maya Rudolph coming back to SNL or not?! | Main | Michael Vick is in even more trouble! » 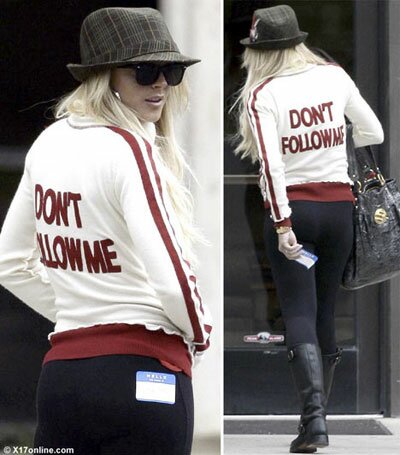 Lindsay Lohan is evidently getting out of rehab, even though her self proclaimed "good buddy" Jason Preston tells us she plans to stay for a while.

The Daily News has a real source who says Lindsay is getting out this weekend...

Lindsay Lohan is about to be a free woman. A pal of the recovering actress tells us she is set to leave rehab this weekend.

Lohan has been staying at the Cirque Lodge in Sundance, Utah, since the first weekend in August. She was infamously carrying cocaine in her pocket during a July DUI bust, and later tested positive for the drug.

Asked where she was headed on her release, the pal responded, "I don't think she knows yet."

Lohan has previously been treated at the Promises and Wonderland facilities in Los Angeles.

I guess it's our source against theirs!  I'm betting on theirs.

TrackBack URL for this entry:
http://gaysocialites.blog/cgi-sys/cgiwrap/cwinters/managed-mt/mt-tb.cgi/2381