James Wood claims OJ and Nicole wanted to sex him up! 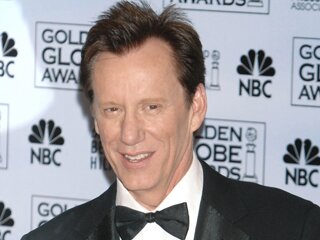 "It was very odd," he told Craig Ferguson on the Late Late Show.

Woods says that he went to dinner with OJ and Nicole one night (when they were still married, before OJ killed Nicole and Ron Goldman).  At dinner, James claims, that Nicole started smooth talking him and later that night she and OJ invited James to their Palm Springs hotel room for a "late-night nightcap."

"About four days later, I get to my house a letter from her, 'Dear Jimmy,' with a little heart where the 'i' is, [saying] 'O.J. is out of town, maybe you would like to 'get together' [I thought], this can't be possible."

Woods didn't mention whether he took Nicole up on her offer or not!

TrackBack URL for this entry:
http://gaysocialites.blog/cgi-sys/cgiwrap/cwinters/managed-mt/mt-tb.cgi/2376