« Michael Vick is in even more trouble! | Main | Are Matthew McConaughey and Camila Alves married? » 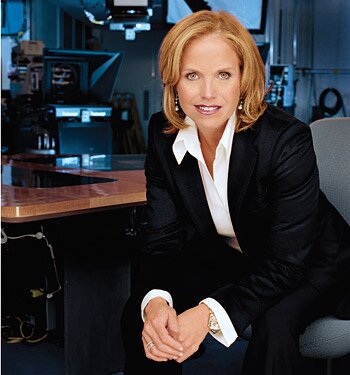 Maybe Katie Couric should run for president if her ratings at CBS continue to decline.

On Tuesday evening, Katie showed her disapproval for the war in Iraq while speaking to the National Press Club.

“Everyone in this room would agree that people in this country were misled in terms of the rationale of this war. I’ve never understood why [invading Iraq] was so high on the administration’s agenda when terrorism was going on in Afghanistan and Pakistan and that [Iraq] had no true connection with al Qaeda.”

While that doesn't sound like "fair journalism," I have to agree with her! However, we all remember what happened to her predecessor Dan Rather when he weighed in on Bush's military actions!  Maybe Katie should watch it, but she doesn't seem to scared.

“I’d feel totally comfortable saying any of that at some point, if required, on television,” Couric told the crowd.

Speaking of Rather, Katie also chimed in on his controversial firing while supporting CBS.

“There were things in there that were quite egregious in terms of how it was reported,” she said. “And sloppy work is sloppy work…They did not dot their I’s and cross their T’s when it came to that story…And our job is to get right.”

Katie has become much more visible lately as she tries to catch Brian Williams (NBC) and Charles Gibson (ABC) in the ratings war.

TrackBack URL for this entry:
http://gaysocialites.blog/magazine-mt/mt-tb.fcgi/2383