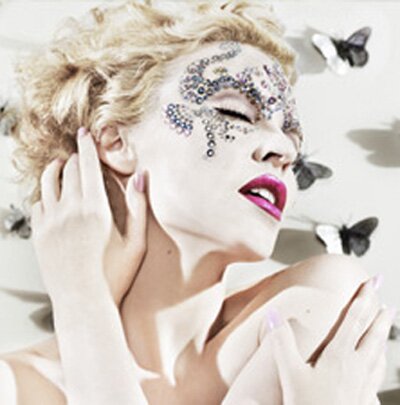 It's official!  We have a release date for Kylie Minogue's new single titled "2 Hearts."

Kylie made the announcement to fans on her website:

Kylie releases her brand new single "2 Hearts" on Parlophone on November 12th, preceded by the digital release on November 5th.

The single is the first taster from her new album, which will be released later in November. Further details of the album will follow.

"2 Hearts" was written and produced by London based electro 4 piece Kish Mauve.

Writing of the song, The Sun's Victoria Newton recently said: "It is a surefire No. 1, a classic Kylie song you won't stop humming. Expect her to hit No. 1 in both charts when the single and album are released in November."

The GaySocialites can't wait for some new Kylie!  We're so proud of her for coming so far!!

TrackBack URL for this entry:
http://gaysocialites.blog/cgi-sys/cgiwrap/cwinters/managed-mt/mt-tb.cgi/2251