Playgirl Vanessa Hudgens is in some legal trouble! 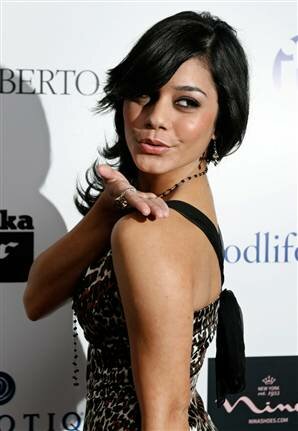 Hudgens is back in the headlines, but not due to her naked photos published here on gaysocialites.blog and other sites.  This time Vanessa's being sued by her attorney.

The actress/ singer was sued Monday for breach of contract by her former lawyer who says that the 18-year-old hasn't yet paid a $150,000 bill.

In the complaint filed in Los Angeles Superior Court, Brian L. Schall claims that Hudgens has earned a whopping $5 million from songwriting and recording deals that he helped negotiate starting Oct. 1, 2005.  Now Schall wants his cut!

The attorney's lawsuit states that he advanced costs and expenses for the teenager while working on her behalf.  Hudgens contracted with Schall to pay him five percent of her gross earnings from the aforementioned deals—and to keep paying him up until 12 months after their lawyer-client relationship had ended. Vanessa has evidently paid only paid him a portion of what he is due.

"Perhaps Vanessa Hudgens, the star of Disney's High School Musical and its sequel, needs to go back to school to learn a very basic lesson in contractual obligations," the lawsuit reads. "If you ask a lawyer to work for you…you are—no matter how talented and successful you may be—supposed to pay the lawyer for his work."

Maybe if she flashes the hairy beaver he'll knock a few bucks off?!

wht has she done wrong you assholes!!?

wht has she done wrong you assholes!!?

She aint done nothing wrong!
shes 18, allowed 2 do what she likes
n also she might be paying him soon
hes just greedy and wants it now!

TrackBack URL for this entry:
http://gaysocialites.blog/cgi-sys/cgiwrap/cwinters/managed-mt/mt-tb.cgi/2322