The Emmy's give Britney Spears a chance to apologize 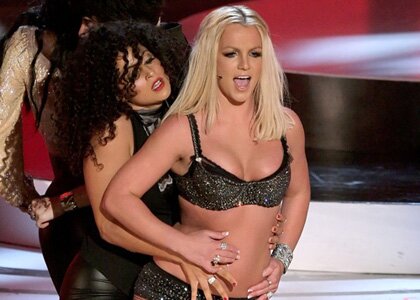 Britney Spears is being given the opportunity to apologize for her train wreck "comeback" at the MTV Video Music Awards.

Strangely, the organizers of the Emmy's have extended an offer to give Britney some stage time to say she is sorry for her horrible performance.

“The idea is to have her come on and apologize for the VMAs,” the source reportedly told Us Weekly. “She’s weighing the offer.” A source close to Spears reportedly told US, “I can’t say this is 100 percent not true...[but] if she is doing anything for the Emmys then it’s not going through the official channels.”

No word yet on whether Britney will accept the offer.  I guess you will have to tune in to the Emmy's on Sunday night to see!

We'll stay on top of this one and keep you posted.

TrackBack URL for this entry:
http://gaysocialites.blog/cgi-sys/cgiwrap/cwinters/managed-mt/mt-tb.cgi/2271