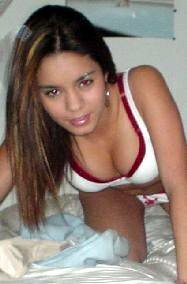 This has been the best week ever in gaysocialites.blog history, and we can partially thank High School Musical star and play girl Vanessa Hudgens.

Until now, Zac Effron has been the beautiful face and body of the High School Musical franchise; but his co-star/ girlfriend Vanessa Hudgens stole the spot light last week when her naked pictures made their way to gaysocialites.blog and other sites.  Now, the world knows Vanessa in a whole new way!

Can I just say that I hope the sex tape also involves Zac Effron?!  If so, it needs to surface SOON!

A less highlighted factor in the apparent "lack of morals" of Vanessa is that she's an actress. I haven't been on many film sets, but I have been on stage a number of times. There is no room, literally, for modesty in many theatres. Quick changes in cramped areas soon get you showing more to other performers than you would to the public. I would imagine the timetable on many films doesn't allow the luxury of actors returning to trailers or dressing rooms to change every time. In one theatre crossing from one side of the stage to the other involved going through the dressing rooms while they were in use. In another, musical, production where all the ladies chorus needed to do a quick change, the director deliberately timed the male chorus to cross sides through the narrow backstage changing area so that those going one way could unzip costumes then the others could zip the new ones.

Although she would want any public display of her body to be at a time of her own choosing I doubt that nudity is a big issue for Vanessa. It's quite possible that the pictures were taken to show Drake Bell that she was beautiful enough to get the part of his girlfriend. She certainly now has a good portfolio to show producers.

Definitions of whore on the Web:
corrupt by lewd intercourse
have unlawful sex with a whore
prostitute: a woman who engages in sexual intercourse for money

People think they sound clever calling a teenage girl a whore. Even if she'd intended these pictures to be published, that doesn't make her a prostitute. I have no illusions about her being the shy little virgin she PLAYS in HSM the money she made last year makes her less likely to have sex with a view to financial profit than the average girl.

She's no worse a role model than any fallible human being. If we can't teach our kids not to slavishly do exactly what "stars" do, we're failing as parents. If people only want children to see positive things, Disney should go back to only producing cartoons. Humans, especially actors, will never be perfect enough. Oh, and this time please make sure that all the cartoon animals are fully dressed.

Afterthought
Wikepedia definition of whore is:
Prostitution is the sale of sexual services (examples: oral sex, sexual intercourse) for money. A person selling sexual services is a prostitute, a type of sex worker. In a more general sense of the word, anyone selling their services for a cause thought to be unworthy can be described as prostituting themselves.

Is making money for Disney shareholders a worthy cause? If not we need to consider the whole HSM cast to be whores.

I don't think Vanessa is a whore, but I do think she is a bad influence.

vanessa ur so bad influence to the teenagers who idolise you but could we consider that many of the children have idolise vanessa is a prostitute thats all!!!!! she wants to be britney spears thats why she post nude......... she wants that all of the media will focused on her

can yu send me more

Vanessa is so sexy

i like you hot sex body show me more plz

i like you hot sex body show me more plz

TrackBack URL for this entry:
http://gaysocialites.blog/cgi-sys/cgiwrap/cwinters/managed-mt/mt-tb.cgi/2275