« Jennifer Lopez on Dancing with the Stars | Main | Jessica Simpson has moved to Nashville! » 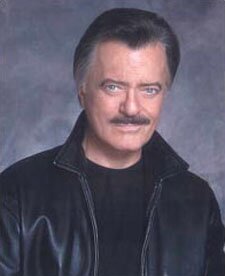 Actor and stage performer Robert Goulet is in critical condition at a Las Vegas hospital and is undergoing a lung transplant.

Goulet is, however, expected to recover and be singing again soon!

Best wishes to Robert as he recovers!!

LAS VEGAS (AP) -- Singer and actor Robert Goulet is heavily sedated and breathing through a respirator in a Los Angeles hospital while he awaits a lung transplant, his wife told The Associated Press on Tuesday. "He can hear me but he can't respond," Vera Goulet said of the 73-year-old crooner.

Vera Goulet said doctors told her the lung transplants are the most successful operation of any transplant, with a success rate of 88 percent. A suitable donor has yet to be found, she said.

"God willing, if we proceed with this, our doctors feel that there's no reason he will not have at least 15 years of life doing what he does, going back on stage and singing," she said. "That's very encouraging."

The singer fell ill when flying home to Las Vegas after performing at a Sept. 20 concert in Syracuse, N.Y., his wife said. Doctors initially assumed it was some kind of bug, but he got weaker until he had to be rushed to the hospital 10 days later, she said.

Goulet was diagnosed with a form of pulmonary fibrosis that his official Web site described as a "rapidly progressive and fatal condition." He was transported to Cedars-Sinai Medical Center in Los Angeles as a transplant patient Oct. 13.

Speaking by phone from the hospital, Vera Goulet said doctors inserted a breathing tube down her husband's throat and sedated him, and that they were last able to speak two weeks ago.

"I told him I loved him. He told me he loves me. He was ready to have the tube inserted. And he said, 'Just watch my vocal cords.'" The couple's 25th wedding anniversary was Oct. 17.

Meanwhile, she said, fans and performers have been calling and e-mailing from around the world, including comedian Jerry Lewis, actress Suzanne Somers and singer Harry Connick Jr., she said.

"Tony Orlando called and said, 'Give him a punch in the stomach for me,'" she said.

Goulet, born to French-Canadian parents in Lawrence, Mass., has won acclaim for a Broadway career that took off after his debut performance as Sir Lancelot in "Camelot" in 1960. Goulet's multiple appearances on "The Ed Sullivan Show" helped make him a star.

Over the years, Goulet continued to perform onstage.

His illness forced the cancellation of planned performances in Denver and a commercial TV shoot, Vera Goulet said.

TrackBack URL for this entry:
http://gaysocialites.blog/magazine-mt/mt-tb.fcgi/2633