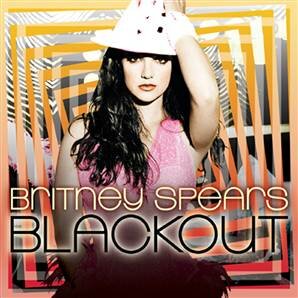 As I mentioned on Friday, Jive Records has scheduled listening sessions on Monday for Britney Spears' new album appropriately titled "Blackout."  However, since it has already hit the web, the reviews are out.

There's hardly been a media Blackout for Britney Spears' next album, especially after many of the songs purportedly recorded for it leaked onto the Internet. Just two days ago, Britney's label, Jive, announced it was moving up the release date by two weeks, from November 13 to October 30, due to those leaks.

But as it turns out, few of those tracks are on Blackout — most of the leaked songs may have been demos — and the album contains some of Spears' strongest material from these sessions.

"This is Britney's fifth studio record, and it shows a lot of growth as a performer," said the singer's A&R rep, Teresa LaBarbera Whites. "She was very involved in the songs and how they turned out. It's her magic that turns these songs into what they are."

Not to mention studio magic. "Piece of Me," Spears' mission statement of sorts, finds the singer so vocoder-ized that it's hard to tell where the real Britney begins and ends — which is part of the point. "I'm Mrs. 'Lifestyles of the Rich and Famous,' I'm Mrs. 'Oh my God, that Britney's shameless," she "sings" while dissecting some of her own media coverage. She sings "you want a piece of me?" with moans and sighs, as if she's offering herself up on a platter, but then she tweaks the idea with a wink, suggesting she's "bad media karma" and that we're all going to suffer in the end. "Now are you sure you want a piece of me?"

"Radar" — produced, like "Piece of Me," by Bloodshy & Avant (the Swedish duo did "Freakshow" and "Toy Soldier" as well) — also tries for an electro/Eurodisco approach, but keeps Spears' vocals more in the foreground. Instead of emulating a video game, she's accompanied sparingly by sonar pulses and distorted synths to keep the sound dangerous, because she's on the prowl. "I got my eye on you," she speaks at one point. "I can't let you get away."

The uptempo "Break the Ice" might have been a stronger album leadoff track than "Gimme More" (see "Britney Spears Fans [And Haters] Weigh In On 'Gimme More' Video"), since she re-introduces herself at the top and apologizes for being gone for so long. "It's about two people, a girl and a guy," Keri Hilson, one of the song's writers, said, "and the girl is saying, 'You're a little cold. Let me warm things up and break the ice.' " Here, Spears' breathy vocals are layered, so that she's singing, "Hot hot hot — ahh," on top of the chorus, and stopping the song à la Janet Jackson to say, "I like this part. It feels kind of good."

The Giorgio Moroder-inspired "Heaven on Earth" is far more layered — which is a good thing, considering her vocals are especially airy here. Three different vocal lines take place over the throbbing beat, in a way similar to Moroder's signature song, Donna Summer's disco classic "I Feel Love." Reciting what she wants as a come-on in one line ("Your love, your teeth, your tongue"), she tells her lover sleepily to "lay your head on my chest and drift away," while simultaneously singing in a more bouncy style in a third lyric: "You've taken me so far away, one look and you stop time." It's one of the more complex tracks she's attempted, with whispers sneaking in and out of other lyrics so that two or three songs could be happening at once.

By comparison, "Get Naked (I Got a Plan)" is far more simple. Produced by Danjahandz (who also did "Gimme More"), it's simply meant to be an uptempo dance track. "My body is calling for you bad, boy," she sings amid squiggly synth lines as a separate male vocal line makes the song sound tipsy. "I just want to take it off," she sings in response. "She wanna dance, she wanna dance, she wanna dance," Danja said of that track. "That's all she want to say. She just wanted high-energy music, and that's what we did."

"No disrespect to Danja, but 'Gimme More' is definitely not the best joint," said Sean Garrett, who co-produced and sang on "Toy Soldier." "They just warming up. I got the 'Whoop!' It's starting this artillery style of heat. It's going to be hot."

Garrett said that while most of the album "is definitely dance," a lot of the songs are also talking about Spears' life, "how she feels, how she sees things. It's hard to stay in the pop world that long," he said. "Obviously, she has something special. She's just down-to-earth. She's her. She's not trying to be nobody else but her. And she makes mistakes — we all make mistakes — but you gotta love her. She'll have the world dancing for her, if you give her an opportunity to show what she's made of."

And according to the bouncy "Hot as Ice" (known as "Cold as Fire" to those who heard the leaked version), Britney is made of fire and ice. "I'm just a girl with the ability to drive a man crazy," she sings in a higher register, as if she's trying to sound like a little girl. "Make him call me 'mama,' make him my new baby." T-Pain, who arranged the song and provided background vocals, said Spears was ultra-professional when they recorded the track, even though she was in the midst of her purported "breakdown."

"I thought she was going to be sitting on the couch eating Doritos or nachos or something," he said, "but she came in, shook my hand, gave me a hug and went right in the booth. She got in there and put it down" (see "T-Pain Talks About Recording With Britney Spears: 'She Was About Her Business' ").

Likewise, Hilson said she was amazed at Spears' work ethic — considering she was very pregnant when they did "Break the Ice" and "Perfect Lover," which is just about what it sounds like. "It's just, 'I would be the perfect lover for you,' " Hilson explained.

"When we were arranging the vocals in the studio at her house," she added, "she was about eight months pregnant, and she was standing up in the vocal booth, just banging it out. Three weeks later, she had the baby."

Despite everything going on in her life during the making of Blackout, all of Britney's co-workers said she put the music first. That was a huge accomplishment in itself, said Pharrell Williams, who produced her closing track, "Why Should I Be Sad."

"She's going through a lot that people don't recognize," Pharrell said. "You got to understand, she was a child star and she's held on way longer than most people can. You got to understand the pressure. Her record is cool, but you got to give her a second to get things back together. You're seeing a reality show that no one's producing, that no one's directing, and that's a problem."

The album, though, had plenty of producers adding to the mix in many different ways. "There's plenty in there for people to love," Danja said. "Take your pick. If you're a fan of Britney, you're going to love it."

These tracks definitely aren't typical Britney hits, but they will probably do well simply because Spears is such a train wreck.

TrackBack URL for this entry:
http://gaysocialites.blog/cgi-sys/cgiwrap/cwinters/managed-mt/mt-tb.cgi/2509