Britney Spears turns herself into police 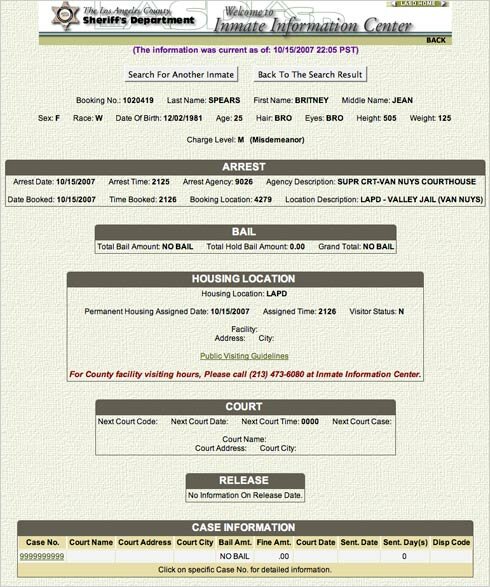 Britney Spears turned herself into the Los Angeles Police Department on Monday and was charged with two misdemeanors stemming from her August 6 hit-and-run car accident.  Britney was slapped with one count of hit and run and one count of driving without a valid California license.

Spears entered the police department at 9:25pm and was booked at 9:26pm.  She spent a total of 45 minutes at the station.

Police officers offered to let Britney exit through a discreet back entrance, but she chose the front door.  Even bad publicity is still publicity, y'all.  Brit-Brit loves the paparazzi!

TrackBack URL for this entry:
http://gaysocialites.blog/cgi-sys/cgiwrap/cwinters/managed-mt/mt-tb.cgi/2538