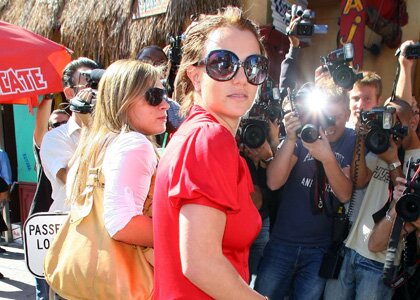 Britney Spears had an important day in court today, and she didn't even show up (at first)!

Spears' attorney said it was because TMZ reported that she would be in court today, and Britney wanted to avoid the swarm of paparazzi.  What? What? What?  Britney loves the cameras.  Judge Judy wouldn't buy it for a second!

She finally showed up at around 4pm EST.

So as usual, this was basically a show down of the lawyers, and so far it isn't turning out to be a good day for Britney.

We are told that Britney was escorted to the court room by at least a dozen sheriff's deputies where she will face the judge herself to make these and other requests.

TrackBack URL for this entry:
http://gaysocialites.blog/cgi-sys/cgiwrap/cwinters/managed-mt/mt-tb.cgi/2498