Democrats pull out of Michigan vote 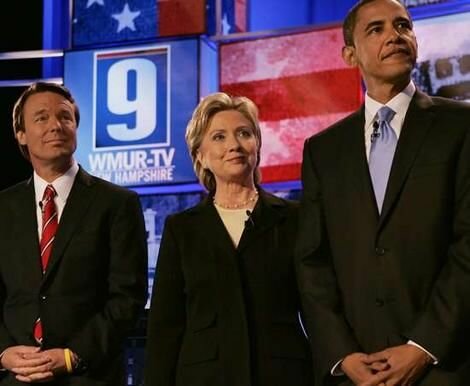 There is a HUGE debate going on in Michigan after the state decided to move their Democratic primary up to January 15, 2008 despite opposition from the Democratic National Committee.

All of the democratic presidential hopefuls have decided not to campaign in Michigan if they don't comply with the DNC, but on Tuesday five candidates took that a step further.

Senators Barack Obama of Illinois and Joseph R. Biden Jr. of Delaware - joined by John Edwards, a former senator from North Carolina, Governor Bill Richardson of New Mexico, and Representative Dennis Kucinich of Ohio have all pulled their names off the ballot leaving Senators Hillary Clinton of New York and Chris Dodd of Connecticut as the only two choices.

If the state doesn't make a quick decision to move their primary date, the DNC has promised to deny Michigan's voters the right to participate in the primary.

TrackBack URL for this entry:
http://gaysocialites.blog/magazine-mt/mt-tb.fcgi/2482