Did Bobby Brown really have a heart attack? 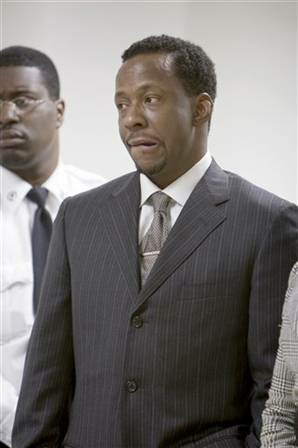 Rumor has it Bobby Brown had a heart attack, is this true or just talk?

It's actually true.  Brown spent the night in the hospital after suffering a mild heart attack.

Brown had severe chest pains Tuesday night and was taken to two hospitals. He was admitted to Tarzana Regional Medical Center in the San Fernando Valley.

"This morning they did diagnose him as suffering from a mild heart attack ... they attributed (it) to stress and diet," his attorney Phaedra Parks said.

"He is in great spirits, he's doing very well," she said. "He's speaking with family members."

Brown thanked fans for their good wishes and said he hoped to make a scheduled performance Saturday in Los Angeles.

"He just wants the fans to know that he is definitely going to come back full speed ahead," Parks said.

Whitney's ex-hubby currently lives in a card board box in Southern California.

TrackBack URL for this entry:
http://gaysocialites.blog/magazine-mt/mt-tb.fcgi/2490