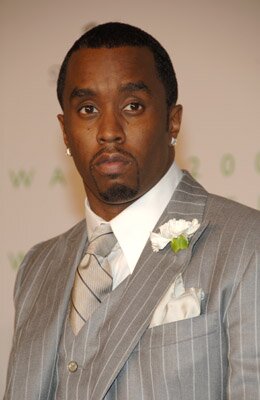 Diddy is accused of decking his "acquaintance" Steven Acevedo while the two were fighting over a woman.

Acevedo says Combs hit him with a one-two boxing punching landing two hits and screamed "I'll kill you, punk!"  On lookers say Diddy had the upper hand, because his bodyguard jumped in before Acevedo could strike back.

Diddy is known for his nightclub duels.  In February he decked a guy, and who could forget when he and Jennifer Lopez were acquitted in 2001 after three people were injured in a nightclub shooting.

Combs hasn't been charged for this one yet, but police say he will be questioned.

TrackBack URL for this entry:
http://gaysocialites.blog/magazine-mt/mt-tb.fcgi/2521