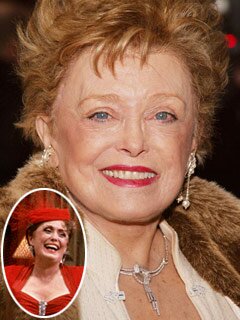 Award-winning writer/director Del Shores is pulling out all the stops with his Sordid Lives: The Series cast.

Shores has already scored a gay heartthrob (Jason Dottley), a Designing Woman (Delta Burke) and a gay icon (Olivia Newton-John), but he wants to add even more stars to his redneck rendezvous!

Del was heard blabbing on Dallas radio about the possibility of Rue McClanahan joining the cast.  In an interview on Big Dick Hunter's radio show, Shores said he and the former Golden Girls star are in final talks about bringing McClanahan on board to play "Peggy," a character who had a huge impact on the prequel movie, Sordid Lives.

The GaySocialites loved the movie and are super excited about the series!  We'll stay on top of this and keep you posted.

Remember, you heard it here first!

TrackBack URL for this entry:
http://gaysocialites.blog/magazine-mt/mt-tb.fcgi/2586