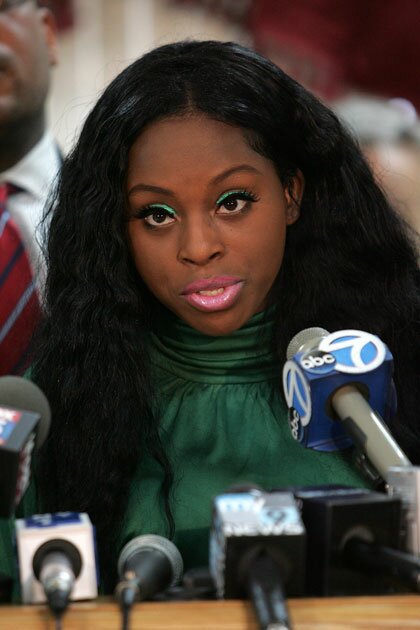 Foxy Brown is making headlines even from behind bars.  Evidently the rapper, born Inga Marchand, has been moved to 76 days of solitary confinement on Riker's Island where she is serving a year for violation probation.

Word from the New York correction facility is that Foxy got into a scuffle with another inmate and has show poor behavior overall.

Sources told the New York Post, that the women were on their way to the dining hall in the jail when the ladies got into it.

Brown will spend up to 23 hours a day alone in her cell. She can spend one hour meeting with her attorney and other visitors, exercising or in the jail's library.

TrackBack URL for this entry:
http://gaysocialites.blog/magazine-mt/mt-tb.fcgi/2628