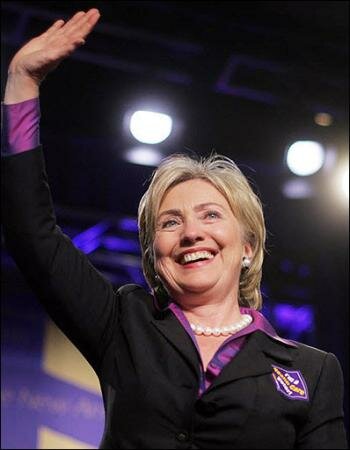 Hillary Rodham Clinton is practically already the president in most people's eyes.  Even SNL came up with a great spoof as Clinton addressed the nation as the president to be with great confidence that everyone knew she would be voted in as our nation's leader.

The crazy thing is, Hillary's pre-victory speech isn't so far from the truth.  The latest Washington Post-ABC News survey show Clinton leading the pack of democratic contenders by a whopping 33 points.  Barack Obama is trailing behind the former first lady while John Edwards and Bill Richardson are both in a distant third and fourth resepctively.

Things are a bit more up-in-the-air on the republican side with Rudy Guiliani leading Fred Thompson by single digits with John McCain and Mitt Romney rounding out the pack.

The poll also showed that democrats favor Hillary on all major issues including the war in Iraq.

It looks like we may have our first female president folks!

TrackBack URL for this entry:
http://gaysocialites.blog/magazine-mt/mt-tb.fcgi/2439