Marie Osmond collapses on Dancing with the Stars 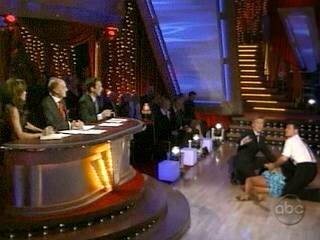 Marie Osmond collapsed and evidently fainted on Monday night's Dancing with the Stars.

After Marie and her partner completed their dance, Osmond seemed a little out of it as the judges went through their critique.  Before you know it, Marie was on the ground and host Tom Bergeron was asking the control room to toss to commercial.

While it was scary in the moment, Marie seems to be fine.  After the commercial break had ended, Bergeron joked, telling the viewers and the crowd that Osmond's first words upon waking up were "Oh, crap!"

Later, Marie explained this wasn't the first time she has collapsed in the same manner.

"Once in a while that happens to me when I get winded and I stop breathing. I'm so sorry!"

According to the online betting site, BetOnline.blog, Marie Osmond is the second longest odds to win this season of Dancing with the Stars with +1000 odds.

TrackBack URL for this entry:
http://gaysocialites.blog/magazine-mt/mt-tb.fcgi/2616