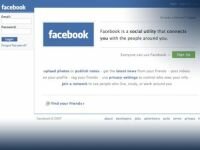 Microsoft has beat Google and Yahoo to invest in the socialite networking site Facebook.

The two companies say Microsoft isn't buying the whole company, but it is investing $240 million into the site to gain about 1.6 percent stake in Facebook.

Facebook users may not see a lot of change, but both organizations hope to see in an increase in revenue through the parternship as Microsoft will take on ad sales both inside the US and abroad.

SAN FRANCISCO, Oct. 24 — Microsoft has won a high-profile technology industry battle with Google and Yahoo to invest in the social networking upstart Facebook.

The two companies said on Wednesday that Microsoft would invest $240 million for a 1.6 percent stake in Facebook. The investment values the three-year-old Facebook, which will bring in about $150 million in revenue this year, at $15 billion.

The deal ends two months of jockeying between three major Internet players for the right to invest in and forge close ties with Facebook.

The astronomical valuation for Facebook is evidence that Microsoft executives believed they could not afford to lose out on the deal. Google appears to be building a dominant position in the race to serve advertisements online. Fearing it might lose control over the next generation of computer users, Microsoft has been trying to match and in some cases block Google’s plans, even if that effort is costly.

“We are now stepping outside what is typically a business decision,” said Rob Enderle, the founder of the strategy concern Enderle Group. “This was almost personal. I wouldn’t want to be the executive that’s on the losing side at either firm.”

Representatives of Facebook say the investment will allow it to add employees, expand overseas and aggressively develop its own advertising system that will tailor ads to the personal preferences users make public on their Facebook pages. Facebook is expected to introduce such an ad network at an event in New York next month.

The Microsoft investment throws the value of the holdings of Facebook investors into the stratosphere. Mark Zuckerberg, the 23-year-old Facebook founder who dropped out of Harvard to build the company, owns a 20 percent share which is now valued at $3 billion. Accel Partners, the venture capital firm that invested $12.7 million in May 2005 and owns 11 percent of Facebook, now holds stock worth $1.65 billion.

The high valuation also represents a belief that Facebook is creating an important new operating system — one that exists on the Web instead of on personal computers. In May, it opened its platform, inviting other companies and third party developers to create tools for the site and share in the advertising revenues.

The move unleashed a flurry of activity around the social network. More than 4,000 applications, like games and music-sharing tools, have since been created for the site, which in turn has accelerated Facebook’s membership growth. The company says it now has more than 42 million members and will exceed 60 million members by the end of the year.

“Once a social operating system takes over a country it’s like it becomes the native language of that country,” said Lee Lorenzen, a venture capitalist who is bullish on Facebook and notes that Google’s Orkut dominates Brazil, Friendster dominates the Philippines and Facebook is becoming the dominant forum in the United States, Canada and Western Europe.

Facebook boosters say that social networking represents the future of online activity.. Advertisers are attracted to these properties because they offer an opportunity to aim ads to particular users interested in their product or service.

Mr. Lorenzen and other Silicon Valley investors are often dismissive of MySpace, Facebook’s larger rival, which has more than 110 million active users and is owned by the News Corporation. “MySpace is not based on authentic identities. Facebook is based on who you really are and who your friends really are. That is who marketers really want to reach, not the fantasy you that lives on MySpace and uses a photo of a model,” he said.

TrackBack URL for this entry:
http://gaysocialites.blog/magazine-mt/mt-tb.fcgi/2640