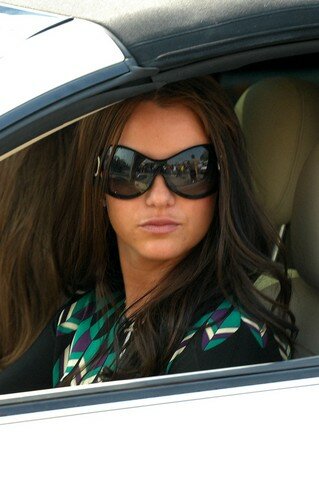 The judge hasn't made a ruling yet.  For now, Britney's ex-husband Kevin Federline will maintain full custody of the children with Spears only getting supervised visitation.

Britney didn't stop to talk to reporters, but both lawyers for Spears and Federline left their five cents.

K-Fed's attorney Mark Vincent Kaplan said the court was expected to issue a written ruling by Tuesday after extensive testimony was presented on a number of issues.

Sorrell Trope, who represents Spears, said "something has changed, but I can't say what." Trope claims that Britney was pleased, but he declined further comment.

TrackBack URL for this entry:
http://gaysocialites.blog/cgi-sys/cgiwrap/cwinters/managed-mt/mt-tb.cgi/2662