Paris and her camera crew heading to Rwanda 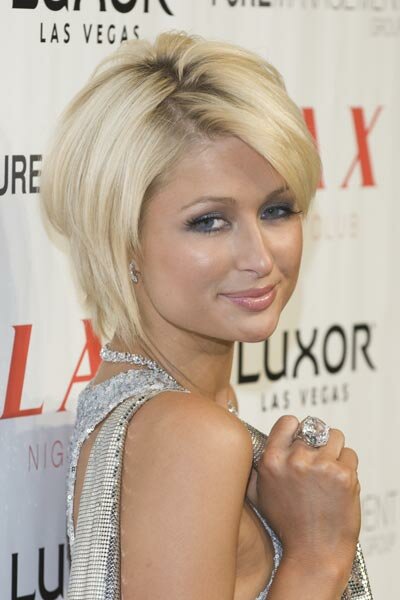 It looks like Paris Hilton has figured out a way to get herself back on reality TV.  The jailbird heiress is heading to Rwanda to introduce a philanthropic Paris to the world.

Hilton pledged to ditch her party girl image and use her celebrity to good after serving time in jail for DUI probation violation over the summer.

"Before, my life was about having fun, going to parties -- it was a fantasy," Hilton told Newsweek magazine. "But when I had time to reflect, I felt empty inside. I want to leave a mark on the world."

No, that's not a typo.  Paris sat down for an interview with Newsweek magazine rather than the gossip rags.

Hilton is taking a camera crew on a humanitarian trip to bring attention to the African country of Rwanda.

"I love having everything documented," says Hilton, who hopes to turn the footage into a film. "It shows people what everyday life is like for me, how hard I work. There are a lot of misconceptions about me."

I'm sure she loves the possibility of having another reality show too!

Is this "mark" she's talking about a shit stain?

TrackBack URL for this entry:
http://gaysocialites.blog/magazine-mt/mt-tb.fcgi/2537