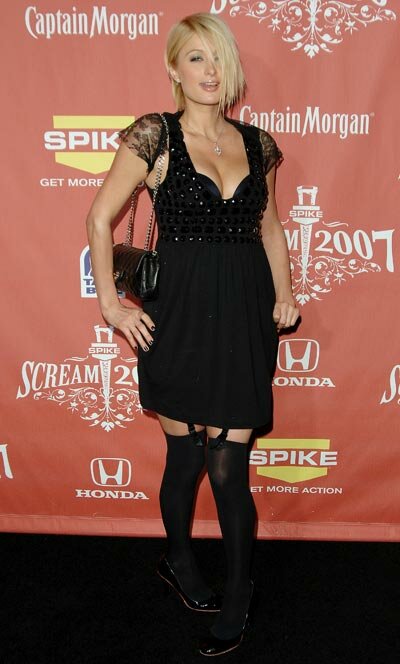 Horror movie fans had mixed feelings about Paris Hilton this weekend at the Spike TV Awards. Evidently the socialite heiress was booed as she took the stage to present a clip of her new movie "Repo! The Genetic Opera," with co-stars Bill Mosely and Anthony Stewart Head.

Horror flick blog Bloody Disgusting, however, says the audience actually cheered after they saw the clip from the upcoming sci-fi musical.  Is there any chance that Paris Hilton will ever be considered a successful horror movie star?  She sure keeps trying, doesn't she?!

Sidebar:  What the hell is up with Paris' hair?!  Surely she just did that for these awards to try and fit in.  This hair is so 1994.

TrackBack URL for this entry:
http://gaysocialites.blog/magazine-mt/mt-tb.fcgi/2606