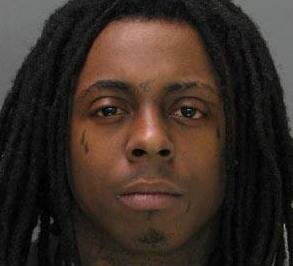 Rapper Lil' Wayne was arrested last night in Boise, Idaho right after he left the stage from his concert.

Lil' Wayne, whose real name is Dwayne Michael Carter, was wanted on felony charges as fugitive running from drug charges out of Georgia.

Cops were tipped off about the warrant early yesterday and arrested Carter immediately after his concert at the Big Easy concert house.

He will remain in police custody until Monday afternoon when he is arraigned.

This isn't Wayne's first run in with the law. He was picked up in July on a gun charge in New York, and in 2006 he was nabbed in Atlanta for drug possession.

TrackBack URL for this entry:
http://gaysocialites.blog/magazine-mt/mt-tb.fcgi/2465