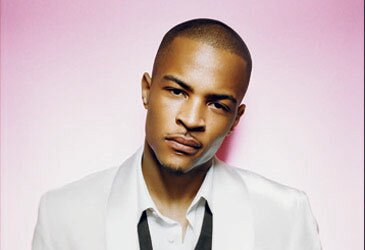 Rapper T.I. was hoping to be released from jail on bond Monday, but it just didn't happen!  Instead, the gun toting performer will remain behind bars until at least Friday when a bail hearing will take place.

You'll remember that he got locked up over the weekend after he sent his bodyguard to buy illegal machine guns and silencers for him.  T.I. didn't do the deed himself, because he is a convicted felon who served time for breaking probation from drug related charges.  In the end, he still got busted.

Prosecutors said they would request that T.I. remain in jail until trial, which they said was standard in such cases.

This is payback for his movie ATL.

TrackBack URL for this entry:
http://gaysocialites.blog/magazine-mt/mt-tb.fcgi/2534