« Despite rumors, Lindsay Lohan is NOT engaged | Main | Daily You Tube Friday! »

Republican candidate to drop out of the Presidential race 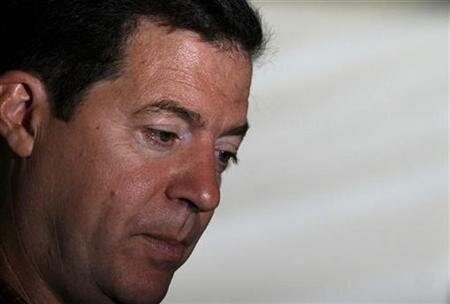 Another one bites the dust!  One of the republican candidates for president is dropping out of the race.

Senator Sam Brownback of Kansas is expected to withdraw his name a contender at any time now.  Brownback is out of money and has no name recongition, therefore he isn't doing to well in the polls.

At this point, I don't think it even matters who he endorses.

WASHINGTON (Reuters) - U.S. Republican Sen. Sam Brownback of Kansas, nearly out of cash and lagging badly in opinion polls, is expected to drop out of the 2008 presidential race, party and campaign sources said on Thursday.

The two-term senator planned an announcement on Friday. A staunch opponent of abortion and same-sex marriage, Brownback finished third in the Iowa straw poll in August and had just $94,000 in the bank at the end of September.

"It's just time," said a source who spoke to Brownback on Thursday. "He is not going to endorse anyone else right away."

Brownback focused much of his effort in the early voting state of Iowa, aiming to take advantage of his ties to the party's influential religious conservatives.

He spent heavily on the straw poll, typically an early test of strength, in hopes of a second-place finish behind winner Mitt Romney that would heighten his profile and boost his fund-raising.

But Brownback finished behind Romney and former Arkansas Gov. Mike Huckabee and was unable to build any momentum. He wound up spending more money than he raised in the last three months.

"It's tough. I'm just not getting the traction. We've not been able to raise money," Brownback told the Kansas City Star on Wednesday before word filtered out that he was quitting the race.

Brownback's long-shot status in the November 2008 race hindered his efforts to build support among conservatives. His departure could provide at least a small boost to Huckabee, who also has struggled to attract religious conservatives unhappy with the top Republican contenders.

John Willke, a long-time abortion rights opponent who served on Brownback's campaign committee, said he contacted Romney's campaign on Wednesday to tell them he was switching his support to him.

"I thought it was prudent for Sam to pull out of the race," Willke said. "Obviously he was not going to be competitive."

Brownback, a practicing Roman Catholic raised as an evangelical Protestant, backed a switch to a flat tax and a sharp reduction in government spending and waste.

But he also talked frequently about sponsoring programs to help the poor around the world and in the United States.

Last week, he joined with Democratic presidential contender Joe Biden, a Delaware senator, to propose a shift toward regional governments as a long-term solution to the war in Iraq.

Brownback has been a leader in the U.S. Congress in drawing attention to problems in Africa, which he has called a proving ground for the Republican agenda of compassionate conservatism.

TrackBack URL for this entry:
http://gaysocialites.blog/magazine-mt/mt-tb.fcgi/2570